“Know your Role is a new feature designed to shed light on those actors who go above and beyond (in order to stay in the shadows). The actors who continue to go outside of their comfort zones (as little as humanly possible). Men and women who every time you see them on camera, you already know without a shadow of a doubt who they are playing. Here at Bulletproof Action, we salute you Al Leong… for knowing what you are; the best damned Asian man with a Fu Manchu stunt man in Hollywood.

“Al Leong is a National Treasure.”

(from Know Your Role: Al Leong)

Synopsis: Everyone’s favorite action hero Snake Plissken (Kurt Russell) is recruited to go behind enemy lines to execute the president’s daughter (A.J. Langer) for wearing hotpants and “do me” boots. Snake is also supposed to retrieve a CD player thing that’s a remote control for the universal “off” switch.

Al’s Role: Al plays one of the Shadow Warriors who hangs with she-man Hershe (Pam Grier). Every time it shows her he’s in the background doing henchman stuff, and he gets to do his fair share of fighting in this one as well. He goes medieval with his futuristic machine gun and gets to hang glide into the final battle scene.

Al Dialogue: Al doesn’t say anything, but he screams briefly when he dies.

Al Dies: Unfortunately, all good things must come to an end. After wiping out half a dozen villians, he climbs into a getaway chopper which gets hit with a rocket shortly after takeoff. He’s the burning thug on the far left.

Synopsis: In the mid-1980s, there was a comedian named Joe Piscopo. After he left Saturday Night Live, he appeared in a couple of movies and he made commercials for Miller Lite beer. In one of these commercials, Joe impersonated Bruce Lee. He fought ninjas and karate dudes, and at the end Al Leong comes running out with a claw on his hand, rather like Mr. Han in Enter the Dragon. Joe punches Al and then proceeds to cut up a pizza. At the time, it was considered a harmless spoof. Nowadays, this would probably be considered racist.

Al’s Role: I have called him “The Claw”, but really, Al plays a nameless parody of Mr. Han from Enter The Dragon.

Al Dies: Al survives! He does lose his claw hand, though.

There’s an Al Leong documentary currently in the works!

Last month, Patrick Epino was invited to be a part of an Al Leong retrospective at an event in Burbank, CA called Monsterpalooza.

It was a very cool event replete with clips of Al’s greatest scenes, some good natured roasting and a crazy Chinese lion dance that ended with shreds of lettuce all over the stage. It was a good crowd with a lot of true action and martial arts fans in the house.

The article has some fun photos and bits of trivia about Al’s career. Go check it out.

Al Leong has been machine-gunned, strangled, sliced with a giant scythe, blown up and impaled for people’s entertainment for over 30 years. […]

It’s been a tough life on and offscreen: he’s broken all of his ribs, cracked his sternum, broken both arms and collarbones, been divorced by the mother of his two children and survived brain cancer. Extensive radiation left him without a right eardrum and only one saliva gland. On top of that, he’s suffered two strokes. […]

Now he’s due for a comeback, thanks to a crowd-funded web series called Awesome Asian Bad Guys that will bring him together with such kickass peers as Yuji Okumoto and George Cheung. It is being put together by filmmakers Patrick Epino and Stephen Dypiangco. “I had not worked in eight years,” Leong says, “and all of a sudden these guys asked me to do Awesome Asian Bad Guys. And I said, ‘Well, I’ll try it.’ They gave me a script. I had two weeks. I played with it and I thought, ‘I can do this.'”

Synopsis: Al and a group of “terrorists” interrupt a Christmas party at the Nakatomi Plaza office building to steal the contents of the safe.

Al’s Role: Al plays Uli, one of the “terrorists”. His big scene is when he breaks into a candy machine and steals a Nestle Crunch bar. Al has a pretty vital role, actually. It’s his job to place the explosives on the roof to blow the hostages to smithereens. Unfortunately, some cowboy from New York City plugs him on his way back from the roof.

Al Dies: Toward the end while returning from the roof, Al is shot by McClane (Bruce Willis).

Al’s Role: The head honcho Dellaplane’s chauffeur and right hand man. He is only visible for a couple of minutes, total. First, there’s a brief closeup of him watching Craig T. Nelson as he whoops the hell out of one of his karate students. A short while later, the villain finds it necessary to shoot Sharon Stone through the gut after she has fallen for the hero. Al bursts in the door, gun in hand, to see what the trouble is.

Al Dialogue: Once the karate kid has been severely beaten, Dellaplane tells Al to take him away — thus leading to his only dialogue in the film: “Yes sir.”

Al Dies: During one of the climactic battle scenes. He only has time to show off a few martial arts tornado kicks before an extra puts several bullets in the poor guy’s chest. That’s right: he’s not even killed by a main character. 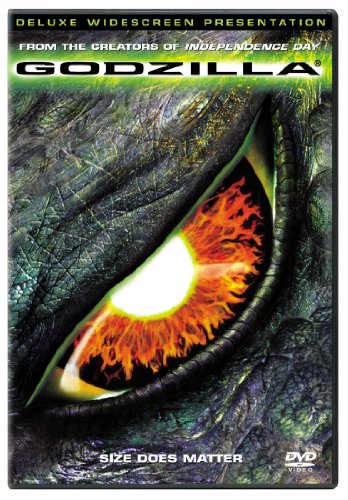 Al’s Role: One of the fishermen aboard the ship at the beginning. He gets a long closeup shortly before the big lizard takes a swipe at him.

Al Dialogue: If Al says anything, it’s lost in the noise from the ship being torn apart.

Al Dies: It’s hard to say exactly what the cause of death is. It shows him sitting there, then a gigantic claw swings in front of him, and when it moves away, Al is gone. I can’t decide whether he was stomped, slashed, or drowned. In any case, Al gets killed by Godzilla, and that has to count for something.

Synopsis: Two high school dufuses (Keanu Reeves and Alex Winter) are granted the gift of a time traveling phone booth so that they can pick up historical figures for a major school report.

Al’s Role: The great Mongolian barbarian, Genghis Khan (like you didn’t know that). Yes, this movie cast Al in probably his most recognizable part ever. He does it all in this one, setting many records for his personal career. He gets to ride a skateboard, twirl a bat and kiss a girl! Way to go Al! Many people will remember him from this one because of his trademark sporting goods romp.

Al Dies: In 1227 AD, after returning to his own time and trying to drown the memory of Bill and Ted in an ocean of blood (if only it were that easy!).